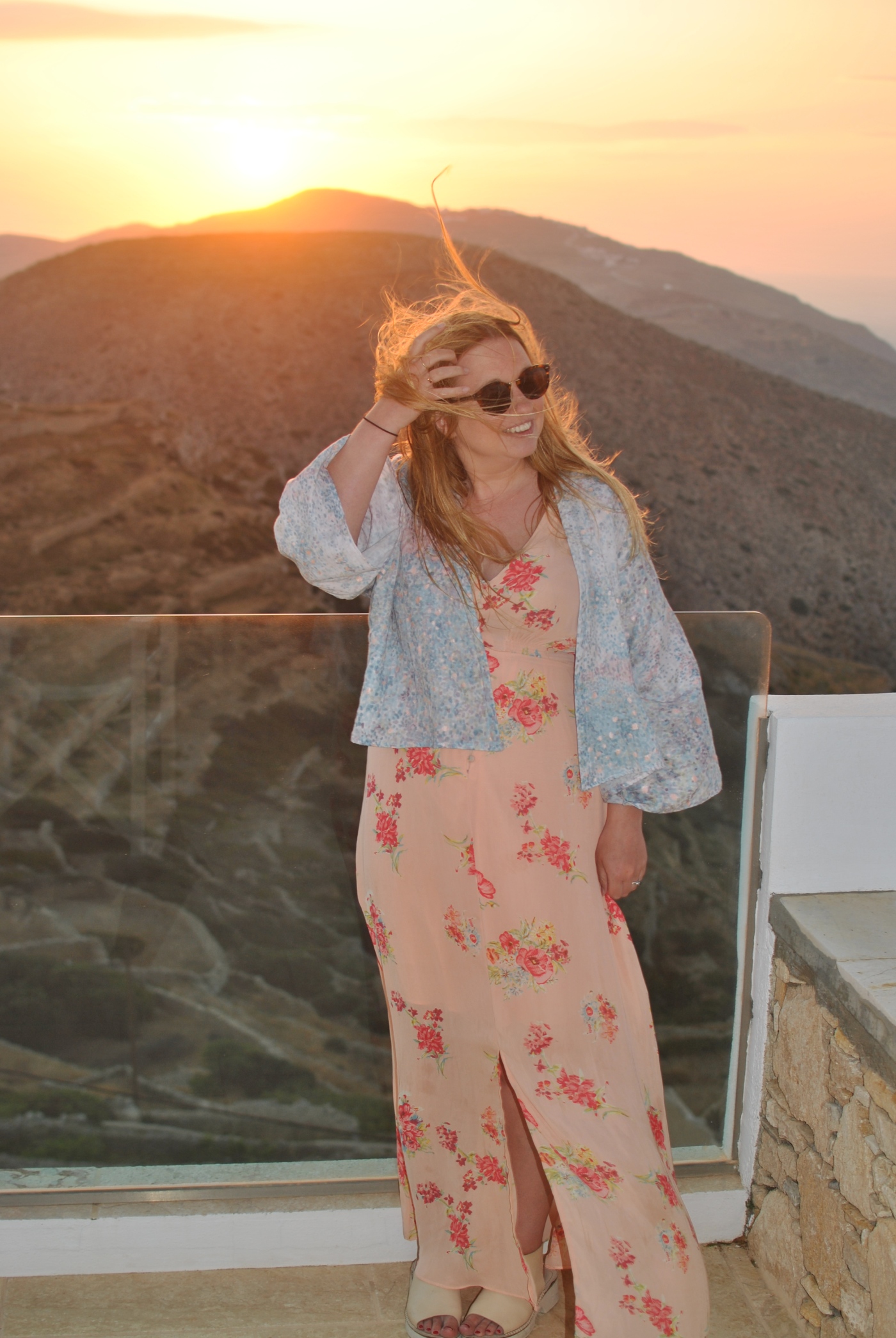 Nani Iro. Double gauze. So beautiful. So wearable. So expensive. All but the latter are true when it’s a bolt end in the John Lewis Clearance. So what to make with that perfect summer fabric?

These were my thoughts after holding on to this lovely abstract print for over a year. I’d already made my holiday sewing plans but then I realised that I don’t have a light jacket for the evenings. With no time for toile-ing anything fitted, nor for self drafting from an online tutorial, a floaty kimono pattern it was to be.

And what better fabric than a double gauze? There are a surprising number of kimono patterns out there, and the Fold Line pattern database really helped to narrow them down. In the end I went for the Florence Kimono from Sew Caroline, with its bias cut front and different length options.

I was working from a bolt end, and Nani Iro is a particularly narrow fabric, but I could just about squeeze out the cropped version, including making my own binding. However, in squeezing it out I made a bit of a mistake and managed to cut out small sleeves and medium bodice, so was forced into some ad hoc adjustments during construction, but you can’t tell at all.

Double gauze has a reputation as a particularly tricky fabric, but having read a couple of blog posts on the topic, and careful, minimal handling of the fabric, I didn’t run into any major problems. I opted for French seams, and although I’d worried they might be a bit bulky, they turned out great. 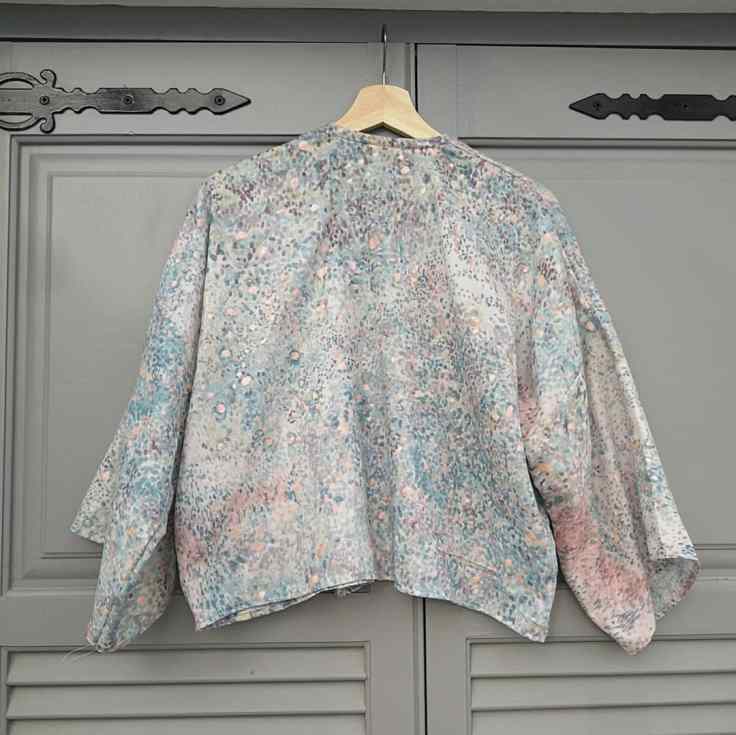 This is now a wardrobe staple, and is thrown on at any opportunity. Having said that, as I wear a lot of prints, the opportunity isn’t always there, as the kimono is often difficult to pair with the right outfit. On those few occasions that I wear plain, I love letting this gorgeous fabric shine.

Outfits-wise, me made May was a great opportunity to try out different combinations, and there were definitely some hits and misses. Still figuring out the best combo, but it’s clear I need to sew more garments from plain fabrics. 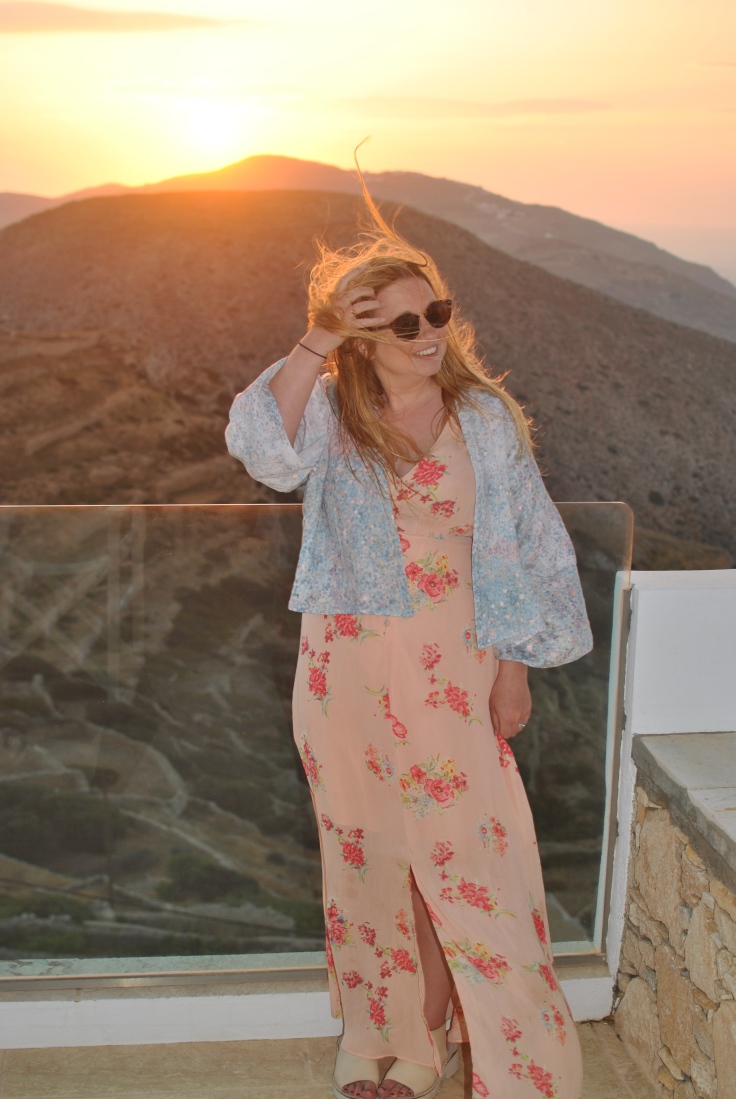 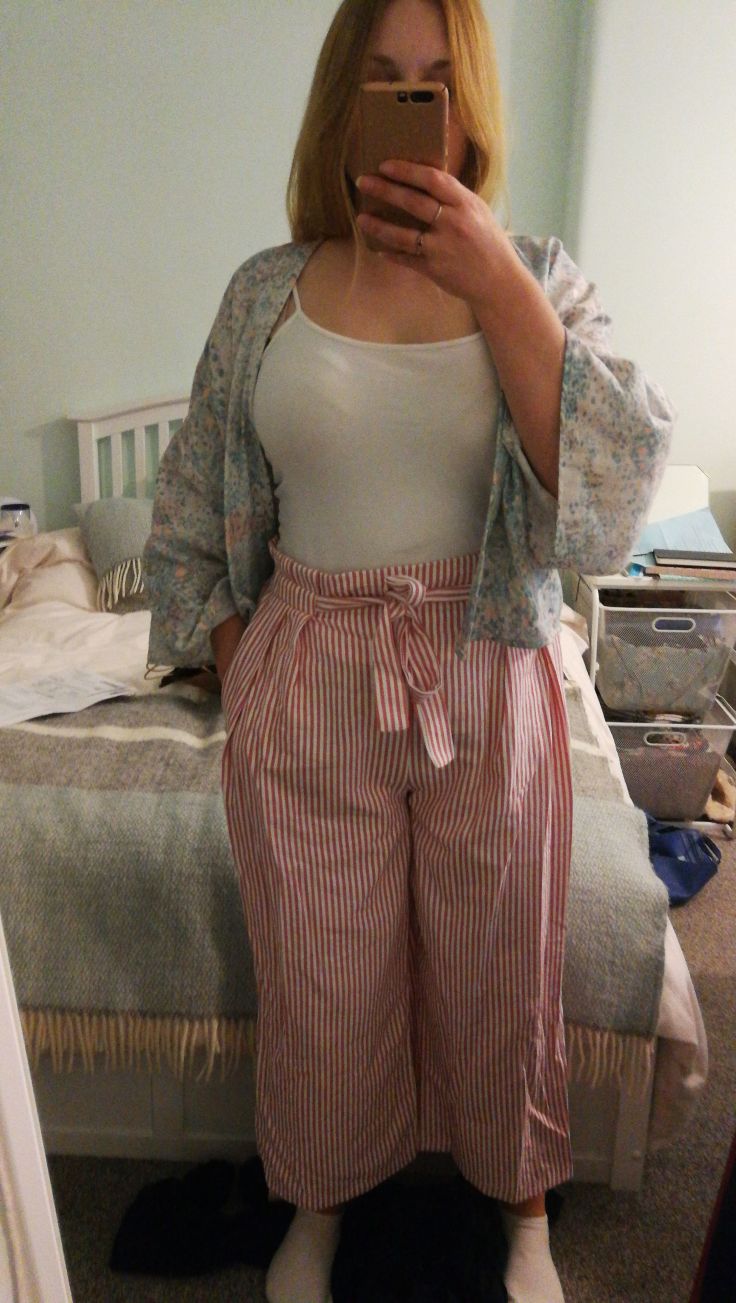